Nubia Company launched Red Magic 3 in last May, which targets gamers category, and truly it is one of the best phones for gaming nowadays. 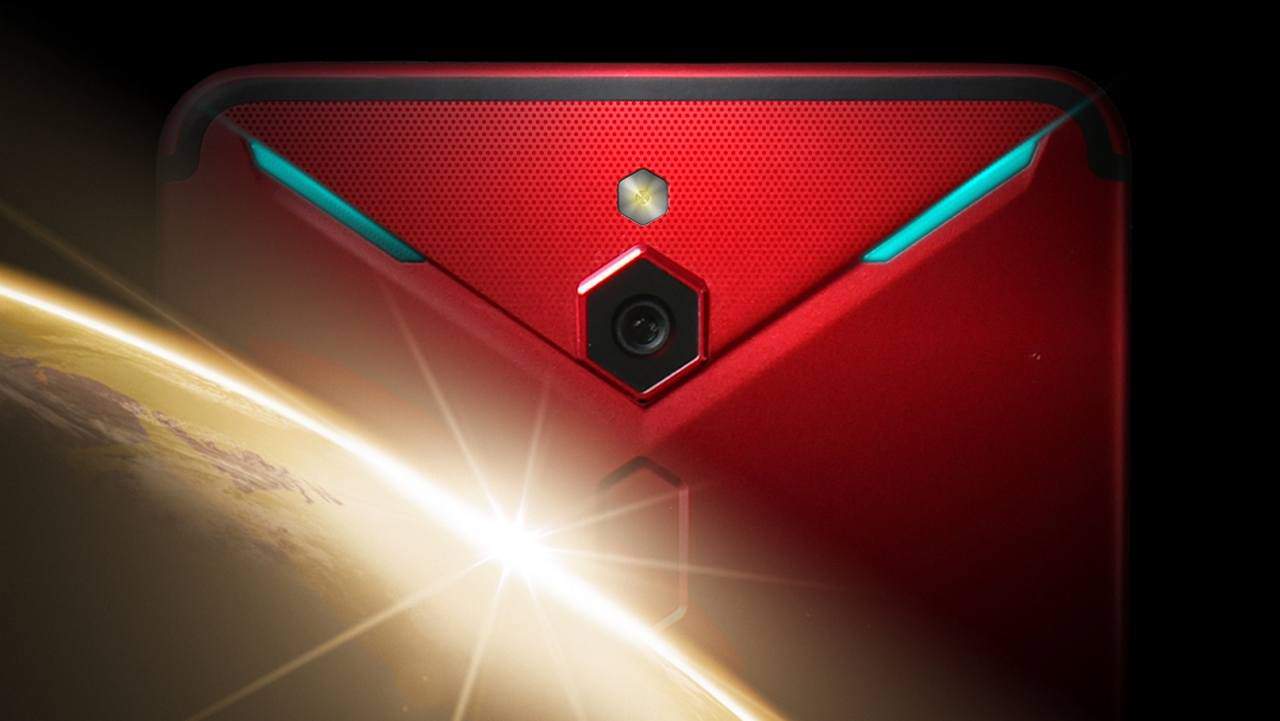 In the front side, there is a glass screen which covers around 80.5{1b09b8fb2584dfb3e4aa9a8c3ead58281d36c8ce346588358e0d991cf39b6a1c} from the device structure, provided with a front camera in the upper part. In the back, there is one camera attached with a LED flash and a special jack for the fan system, in addition to a fingerprint sensor in the middle, and a RGB light panel which changes its colours when the phone is used for games.

In the right side, there is the power and volume buttons, and a button that works with touching by which we can control the phone without the need to touch the screen.

In the left side, there is a button in the shape of a latch that leads to to the game space interface. In addition to a port for SIM cards, and another for gaming port.

In the upper part, there is a 3.5 mm port for headphones, which will provide a sound system of DTS 7.1, with 3D sound abilities. While in the bottom part there is a USB port and also the speakers.

The phone lacks the NFC system and IP standard for waterproofing, and external memory jack. It is available in red and black. 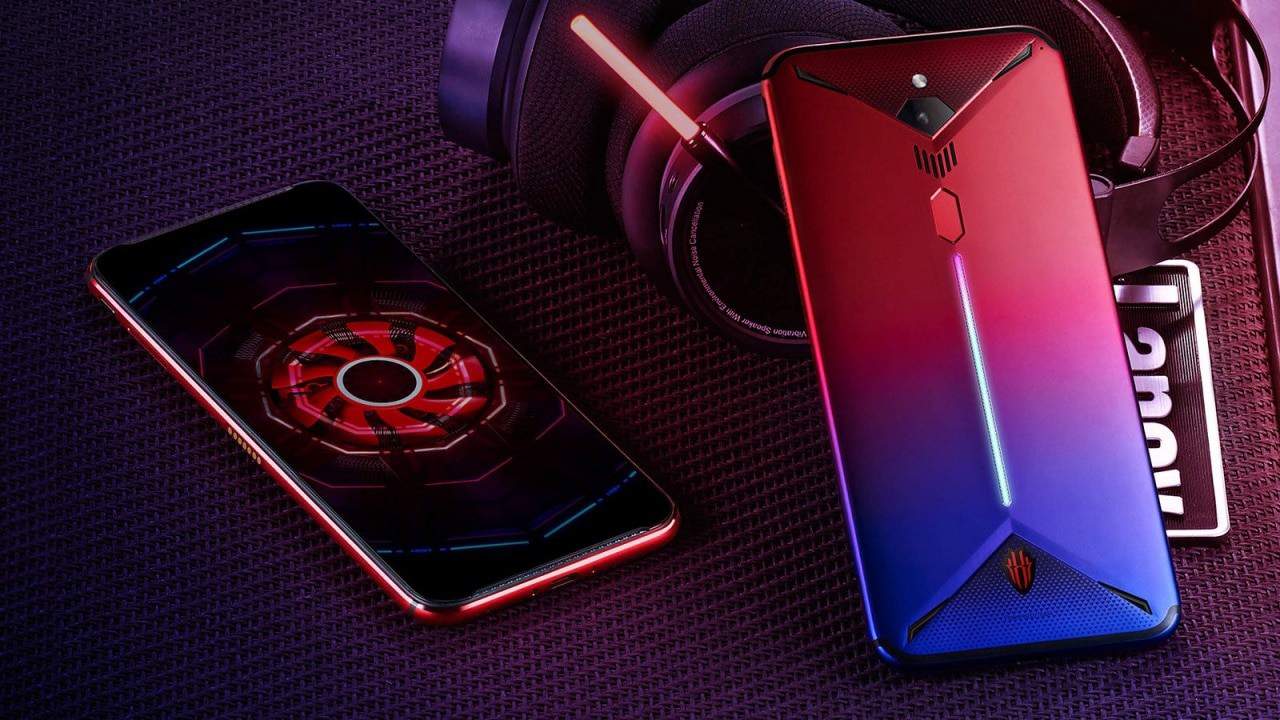 Regarding lighting, it is very good, not the best but you will not face any problems. 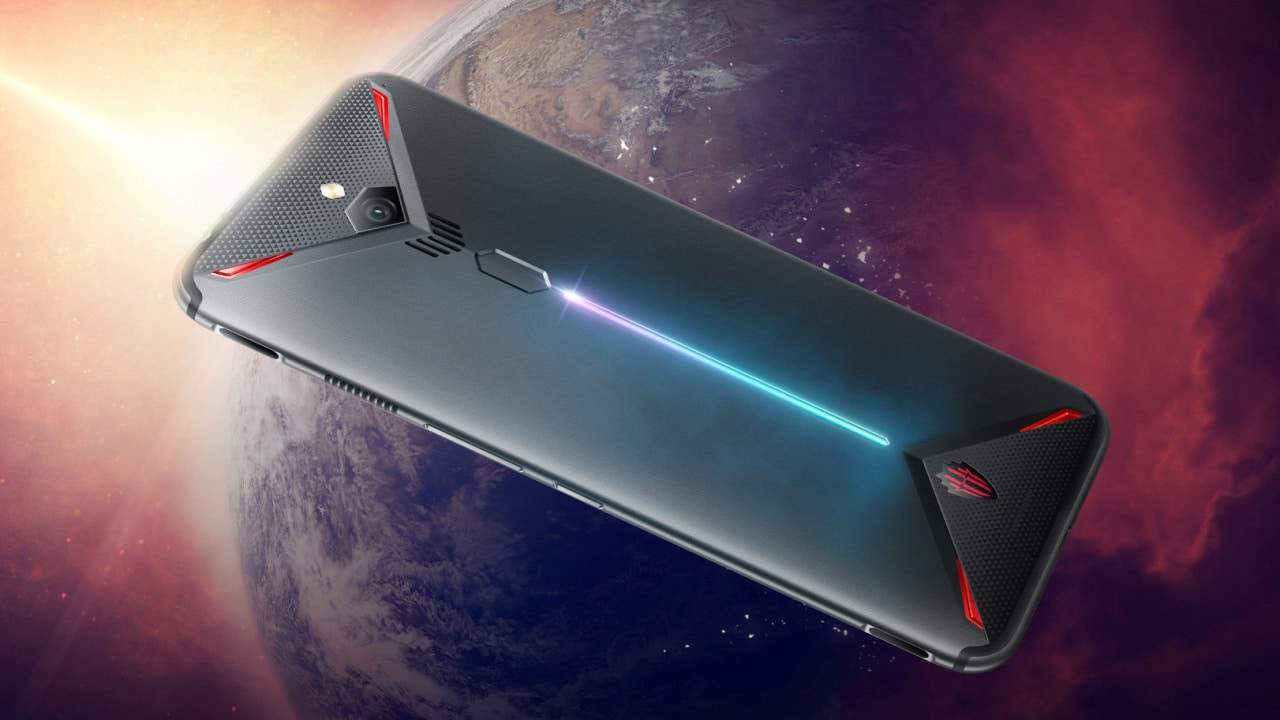 Knowing that it is a gaming phone, you wouldn’t expect much from the camera, however, the company added a 48MP main camera with an aperture f/1.7 and LED flash. The main camera supports PDAF, HDR and Panorama. Additionally, it supports video shooting with 4320@15fps, or 2160p@30/60fps.

The camera does not contain an optical stabilizer, so do not expect it to be great with low lighting or during movements. Another highlight of this phone is that it gives you an 8K resolution, however, it is only a test version.

The processor provides very good performance, especial with platform GPU Adreno 640, which is able to operate all types of games with high quality and without any disturbances or lags.

What makes the phone special is that it comes with a built-in fan system, which is small and light in weight. When using the phone normally, the fan speed is light, however when playing games or using the phone intensely, the speed of the fan increases up to 12 thousand cycles in one minute, hence it reduces the temperature of the phone down to 5 C. This should fix the problem of high-temperature phones that we face in most of the gaming phones.

The phone is operated through Android 9.0 (Pie) based on the user interface of Red Magic 2.0. The phone also supports game space interface for gaming, which is considered as the best interfaces looking at the multiple special features it offers such as: cancelling notifications, screenshots, activating or cancelling the 4D shock option (Vibration system which is available in some games)

The phone comes with a huge Non-removable 5000 mAh battery, with a power of 18W, and it is able to work for more than one day after its first charge. It also supports quick battery charging with a power of 27 W

The battery does not support wireless charging technique, and it is charged through the USB port.

Red Magic 3 is considered to be one of the best gaming phones that one can buy nowadays, as it carries out all the relevant features for gaming such as cooling, strong processor, huge battery, and suitable price.

Review For Xiaomi Mi 9t With The Flame Inspired Design!